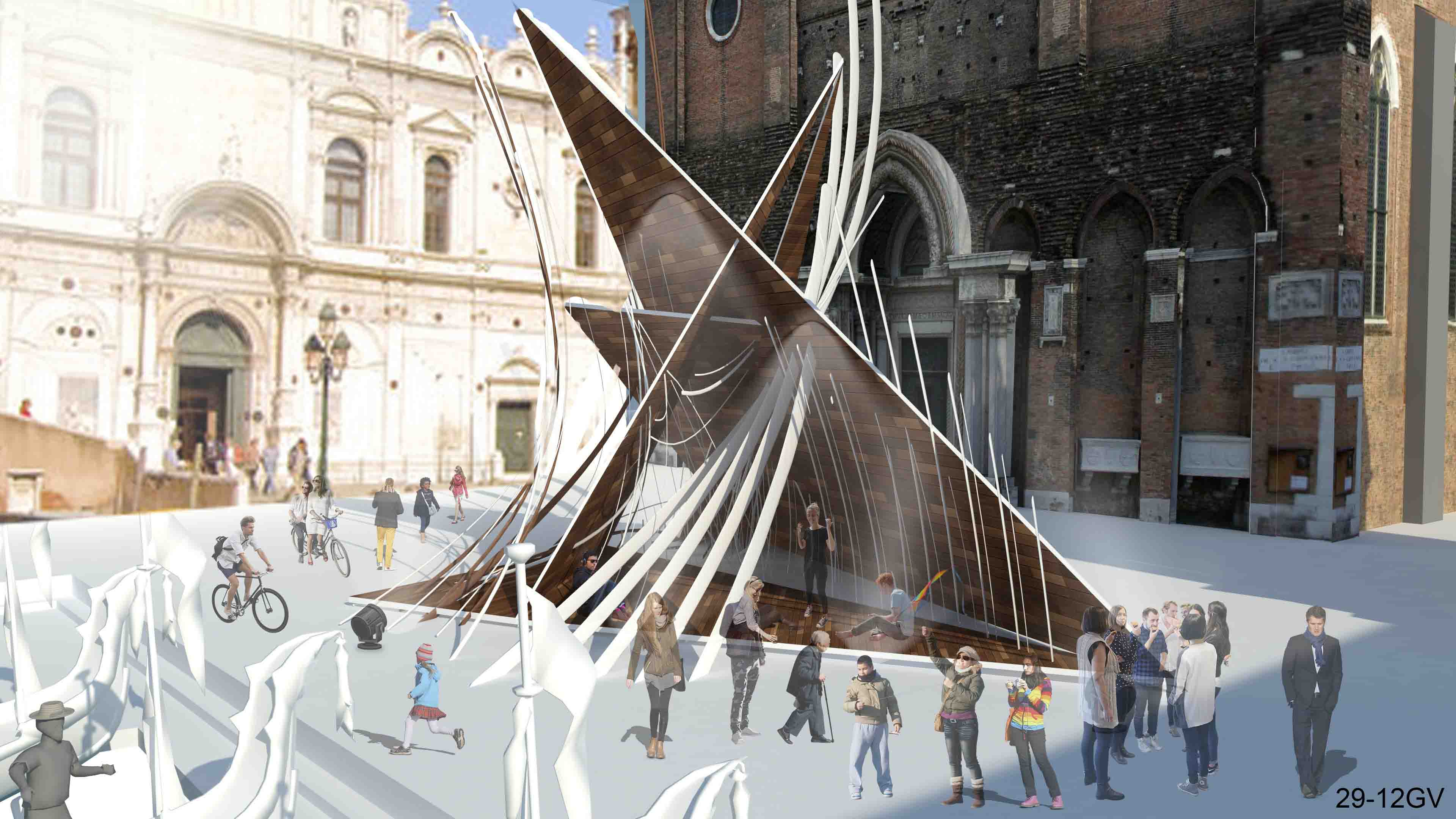 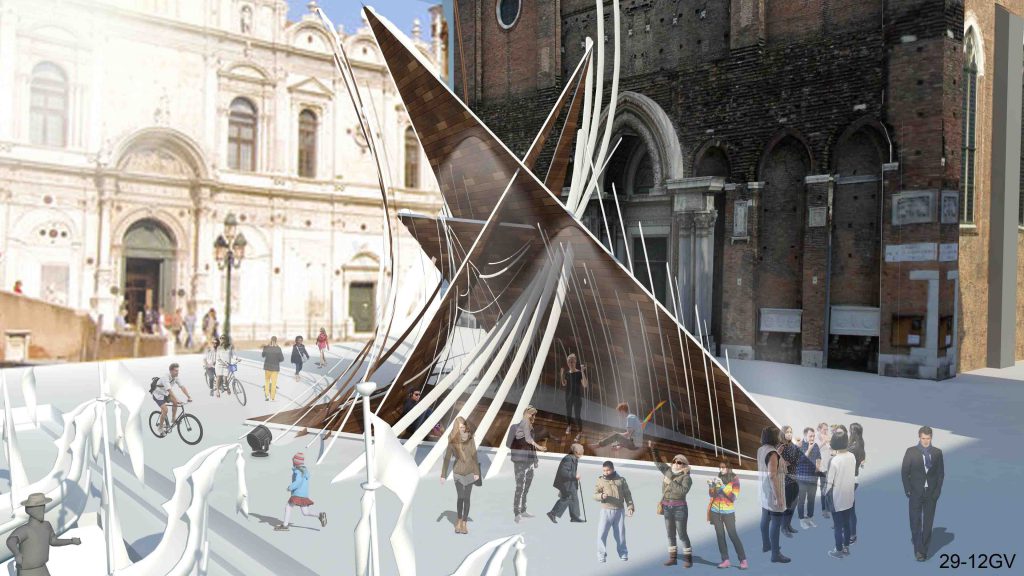 Why inspire the design of a gondola? Because this design is known throughout the world as a symbol of venice and has remained unmodified for centuries, bringing identity to the city of venice since ancient times, besides being a tourist attraction that makes it possible to move the economy of beautiful Venice. We are going to use pine, cherry, larch, mahogany, walnut, elm, oak and linden to build the pipeline joints of various thickness and them we are going to construction the skeleton of the building bringing the form for the pavilion. 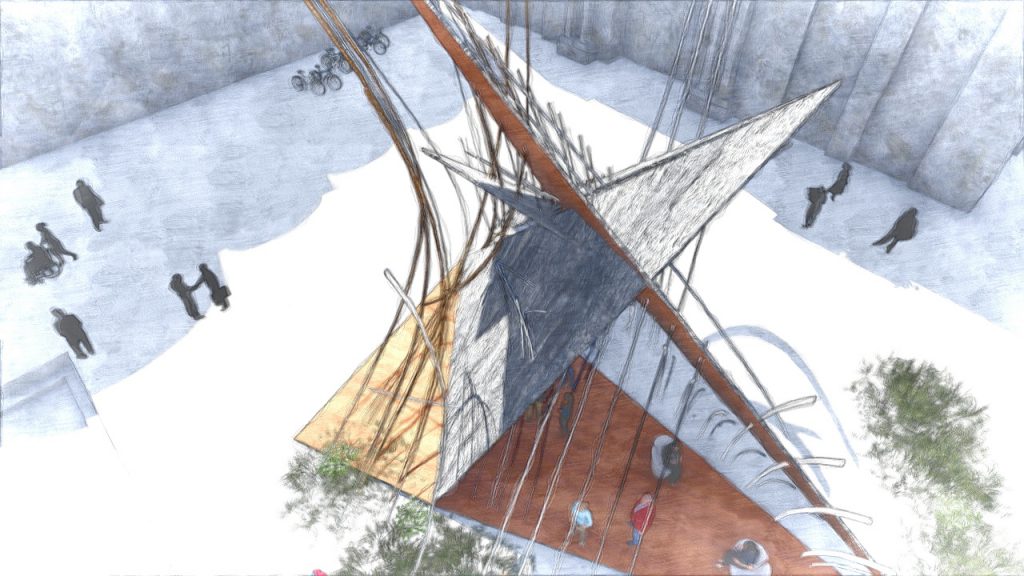 Gondolas have not only become the symbol of Venice. The gondola is an “unique” and fascinating boat. Its components bring still today so particular names that they sound fairy and misterious. The gondola is a very intricate and specific watercraft and has become what it is today through a long evolution as craftsmen perfected their building techniques.

For centuries the gondola was the chief means of transportation and most common watercraft within Venice. It is propelled by a gondolier. In modern times the iconic boats still have a role in public transport in the city, serving as traghetti (ferries) over the Grand Canal.

The shape of a ‘S’ should simulate the performance of the Grand Canal. Under the main blade has a comb made ??of 6 tines (prongs) that resemble the 6 districts in which Venice is divided.

A kind of tooth that extends back toward the center of the gondola indicates the Giudecca and the “Doge’s hat” the headband over the top of the tooth comb, represents the Rialto Bridge.

In the most recent gondolas, there are also 3 finishes, such as embroidery, called “leaves” and placed between the front and 6 bars that represent the 3 most important islands of the Venetian lagoon: Murano, Burano and Torcello. 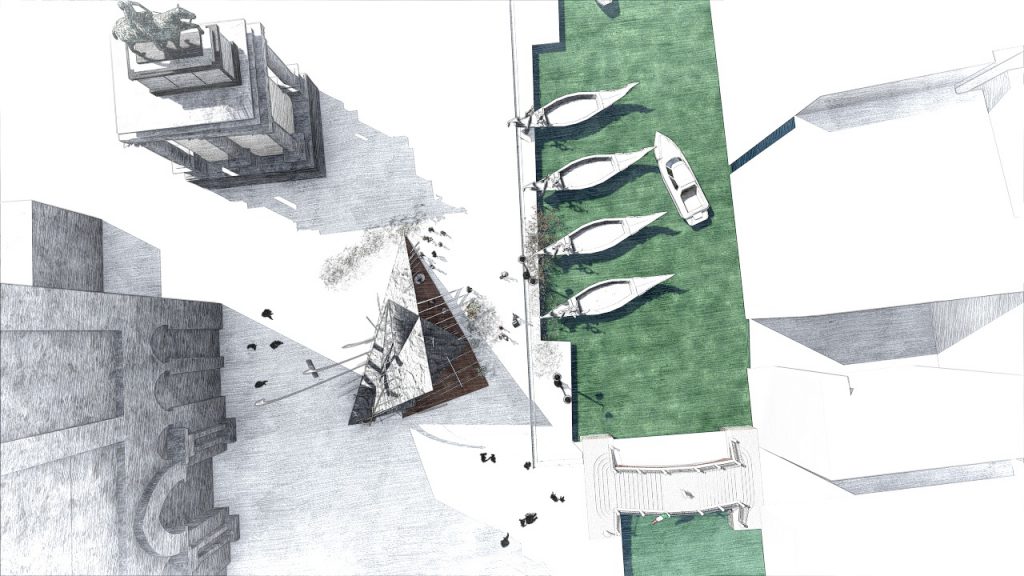 How life and death are intertwined in our pavilion? 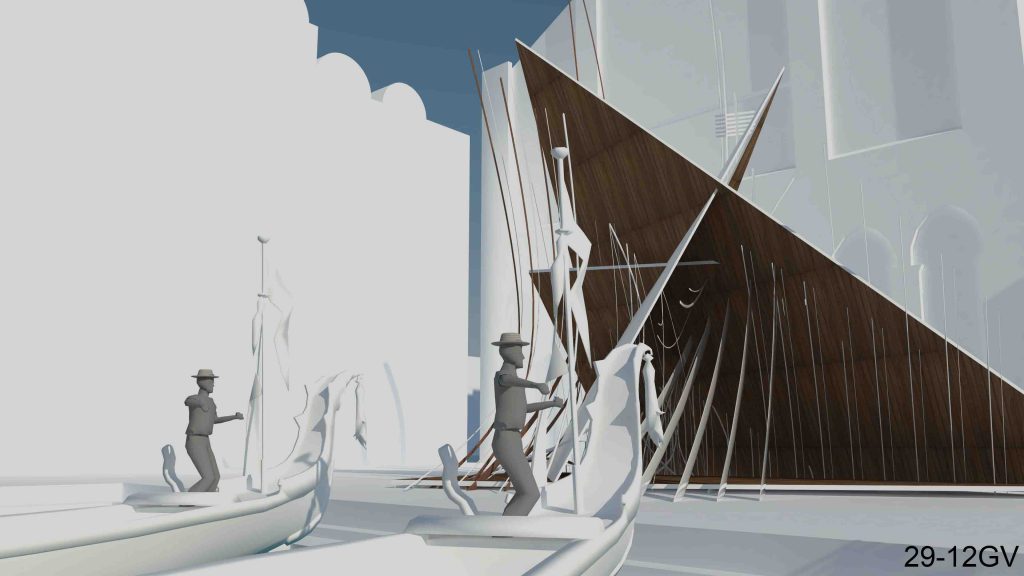 In some stems of the pavilion (the largest) we use wood painted in white, representing the birth. The wooden boards are like the hull of a gondola, it is when the boat is alive, in its activity, then we use in the other stems a wood in its raw state, where we represent in this simple way the death, since the wood is in Its purest state of matter, it can deteriorate and die.

Thus, in a figurative way, we represent the birth, life and death of a boat, or gondola, where at birth, a rigid and consistent skeleton is painted with appropriate inks to use in the water, then the boat in its full activity, where we call “life”, has its hull built so that its function is possible, the death of the boat only happens when the matter no longer works, that is, its wood is rotted and can no longer perform its function of Float on the water. 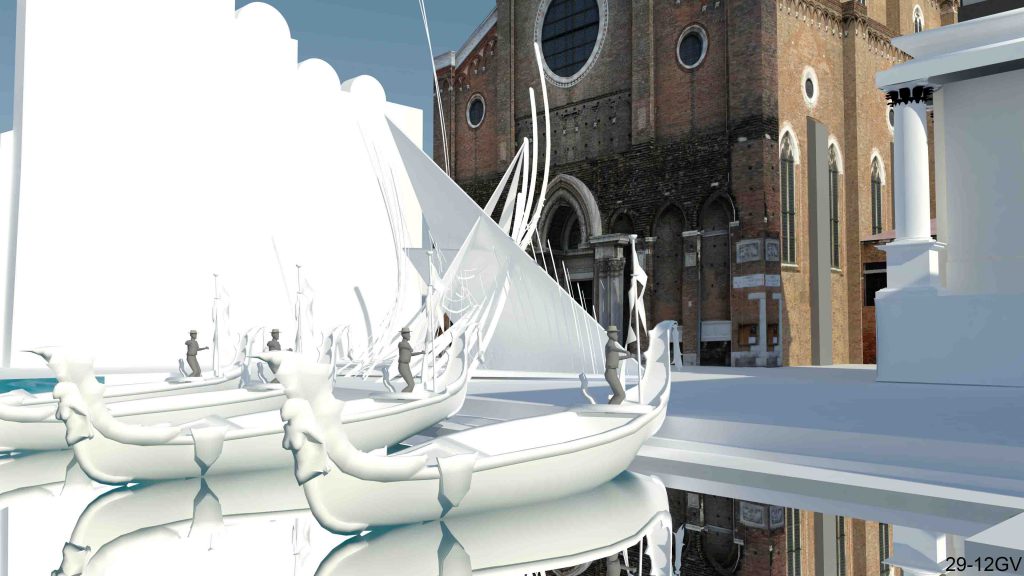 The pavilion can be installed in any place by being easy to assemble and disassemble, can be inserted easily in Campo Santi Giovanni e Paolo. 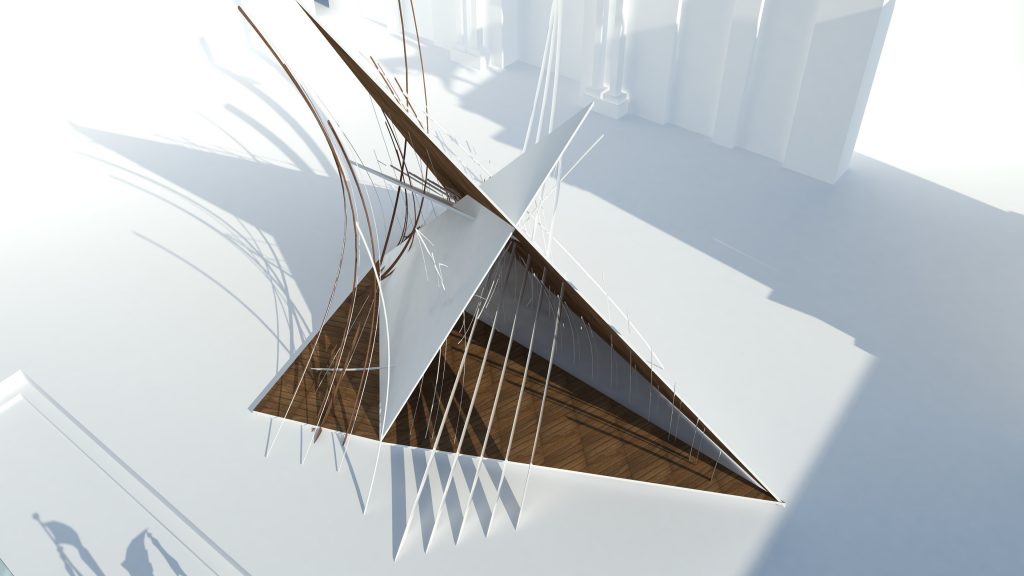 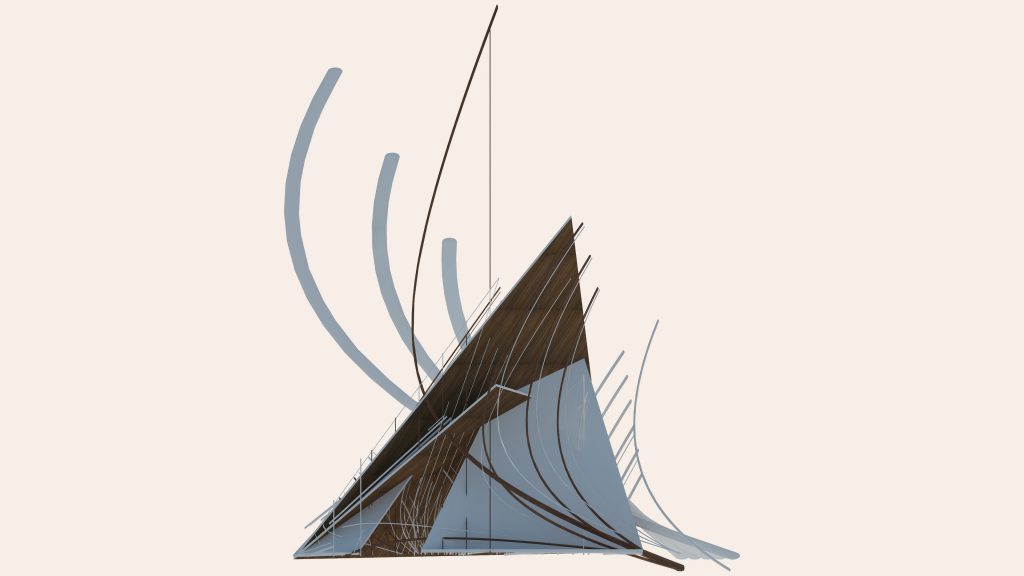 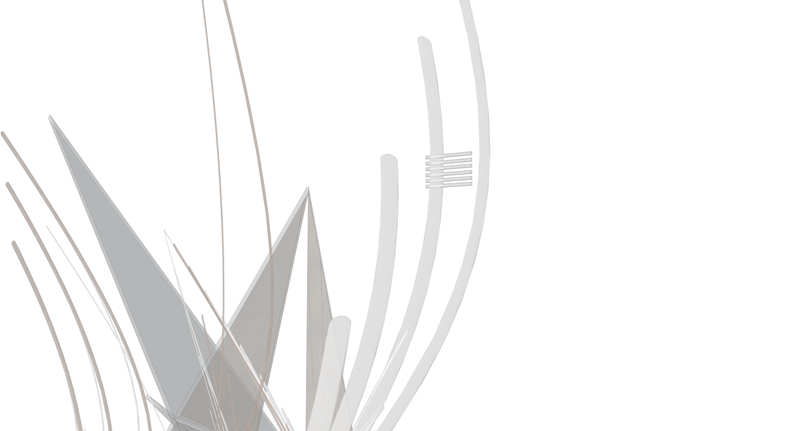 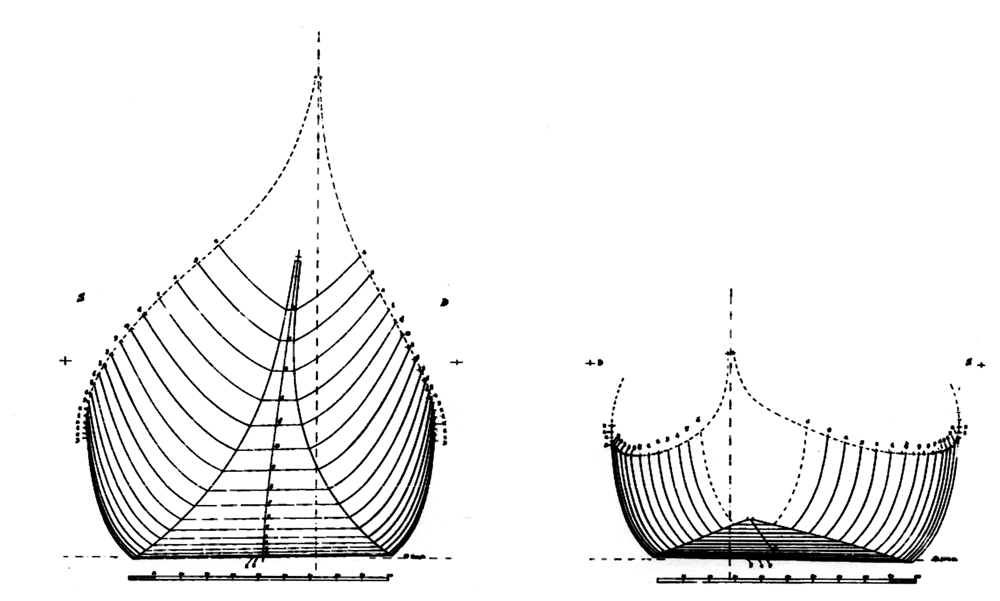 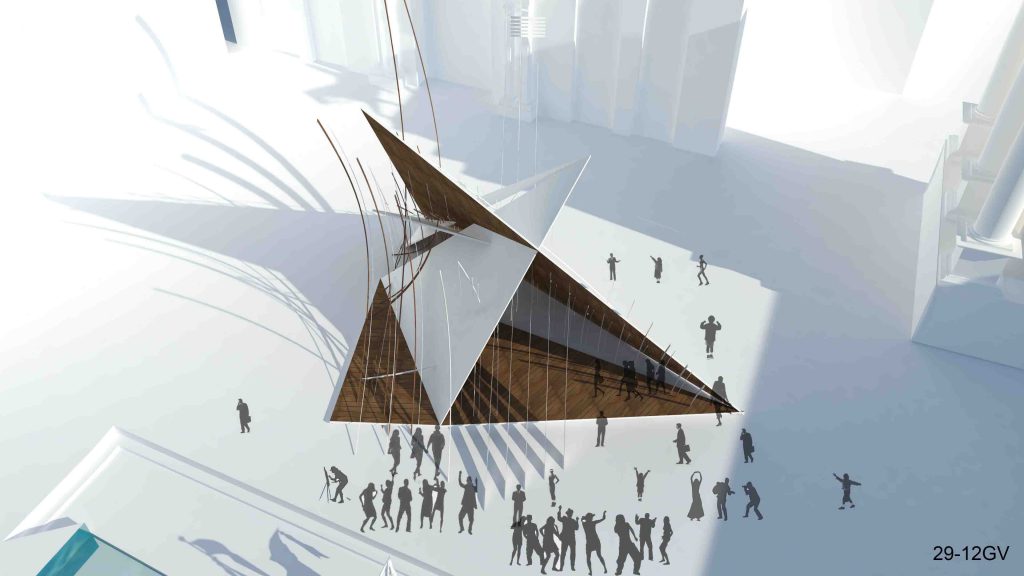 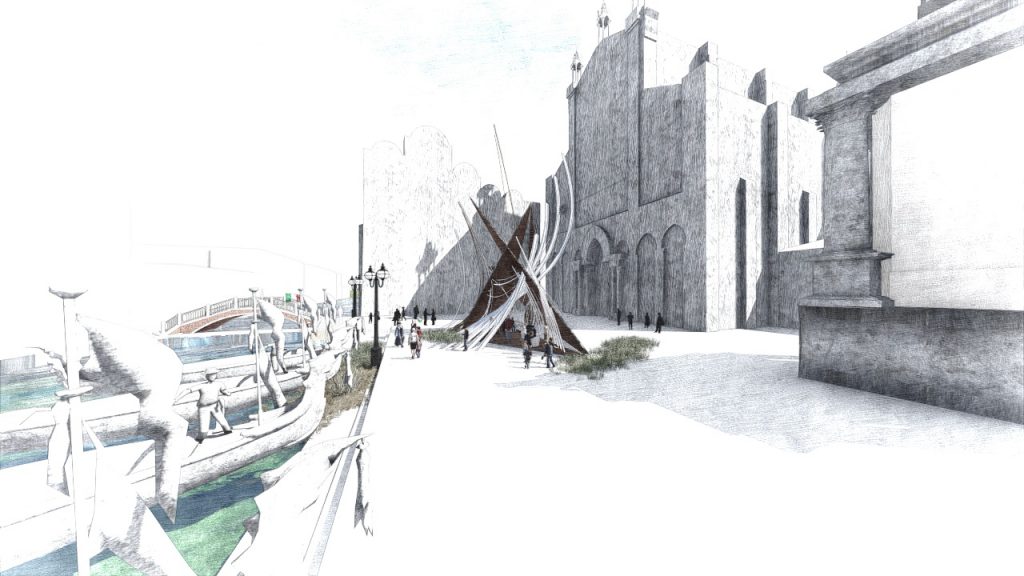 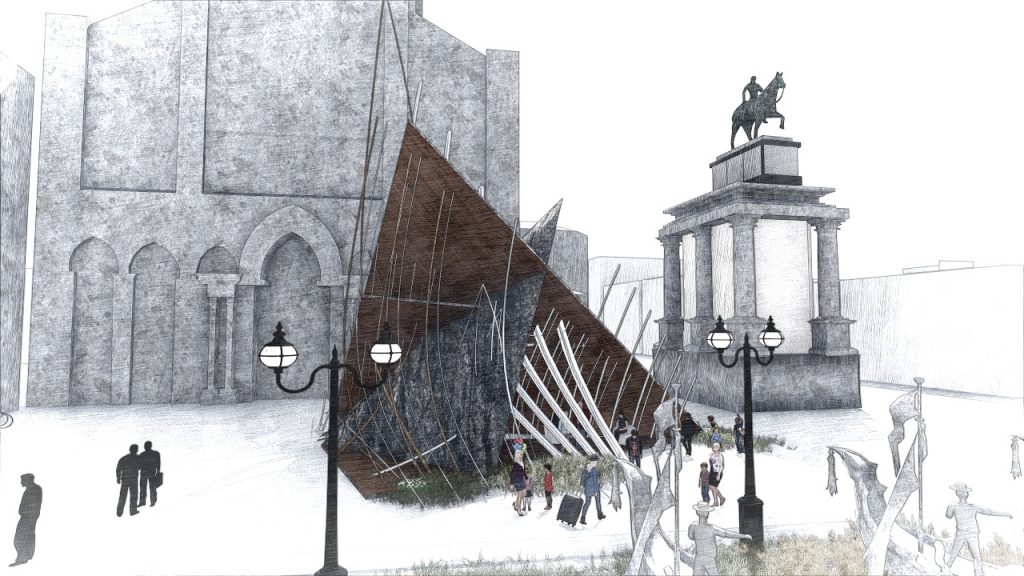 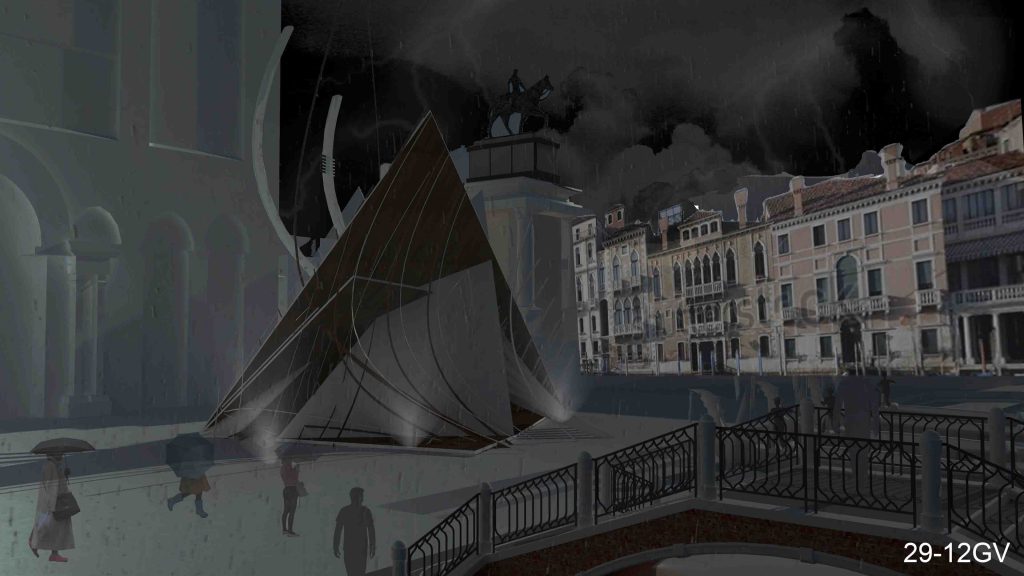 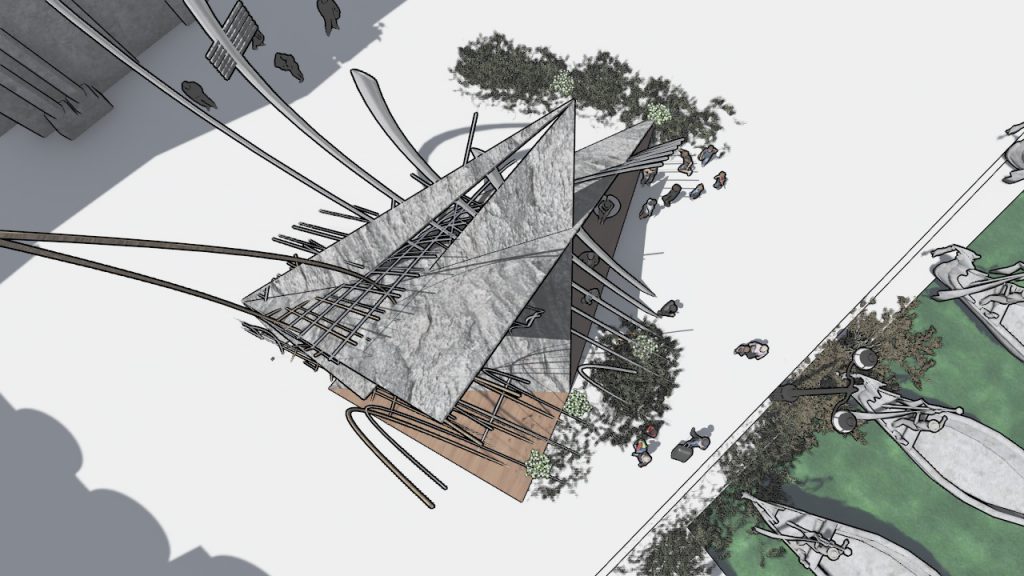 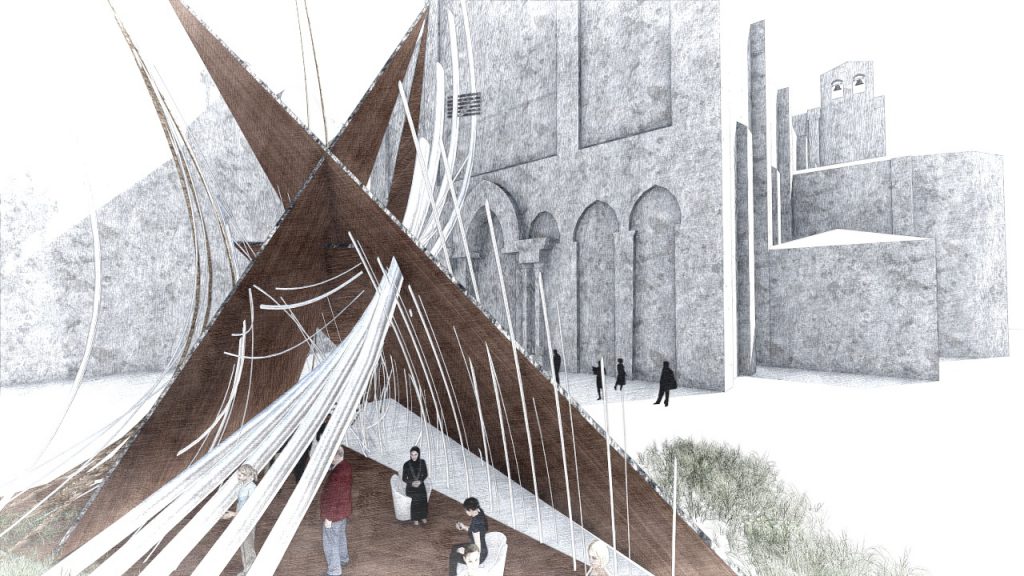 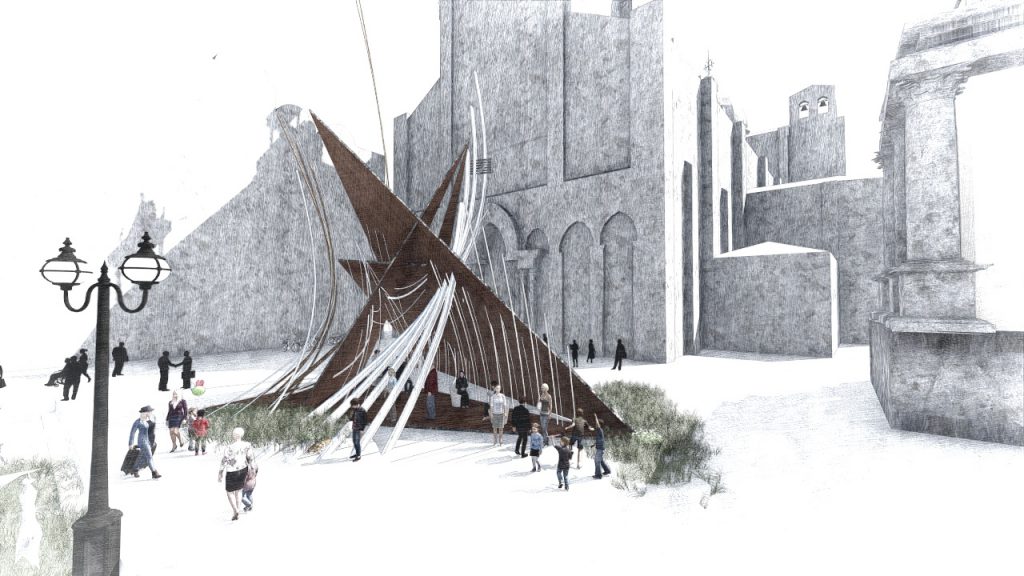 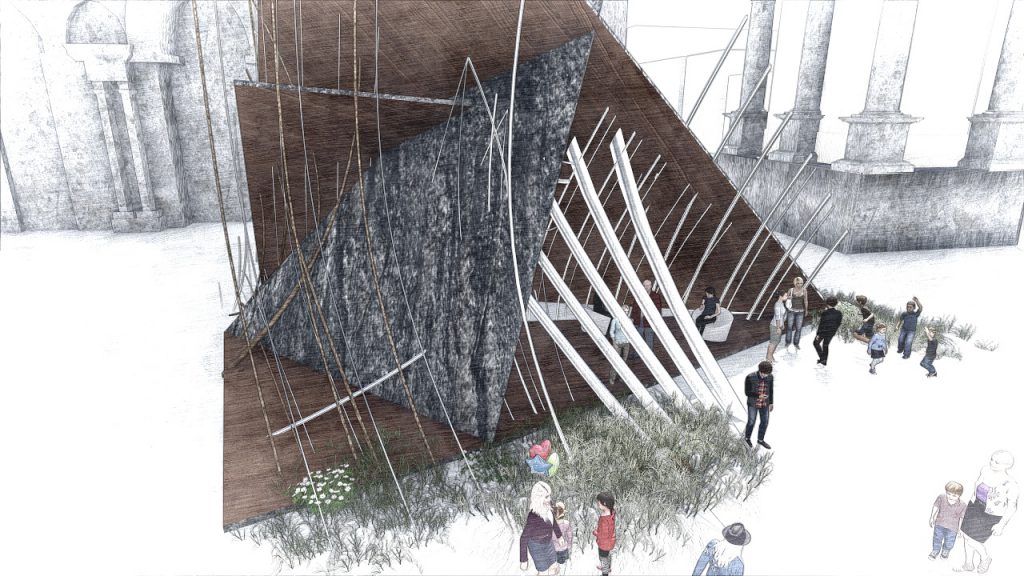 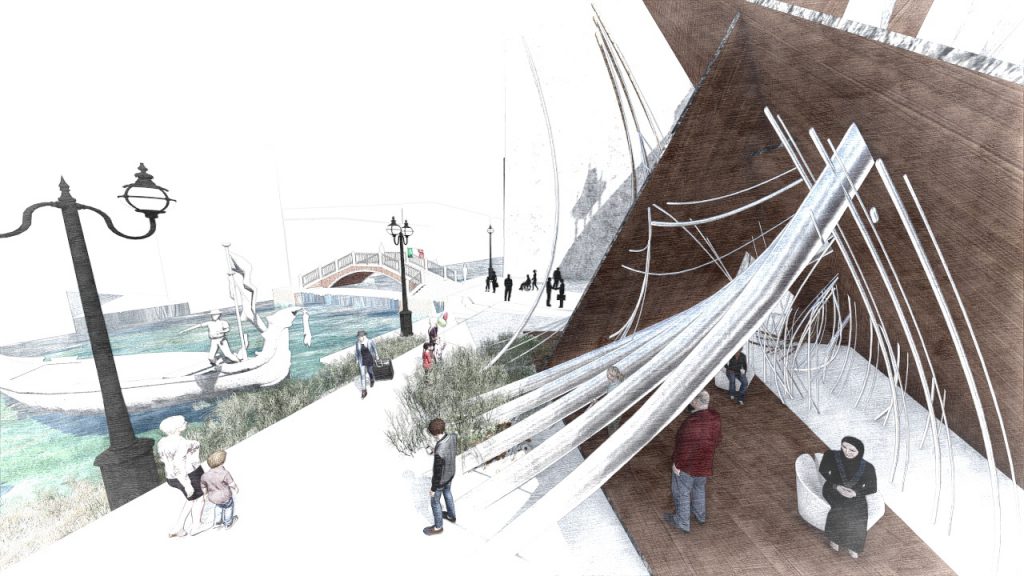 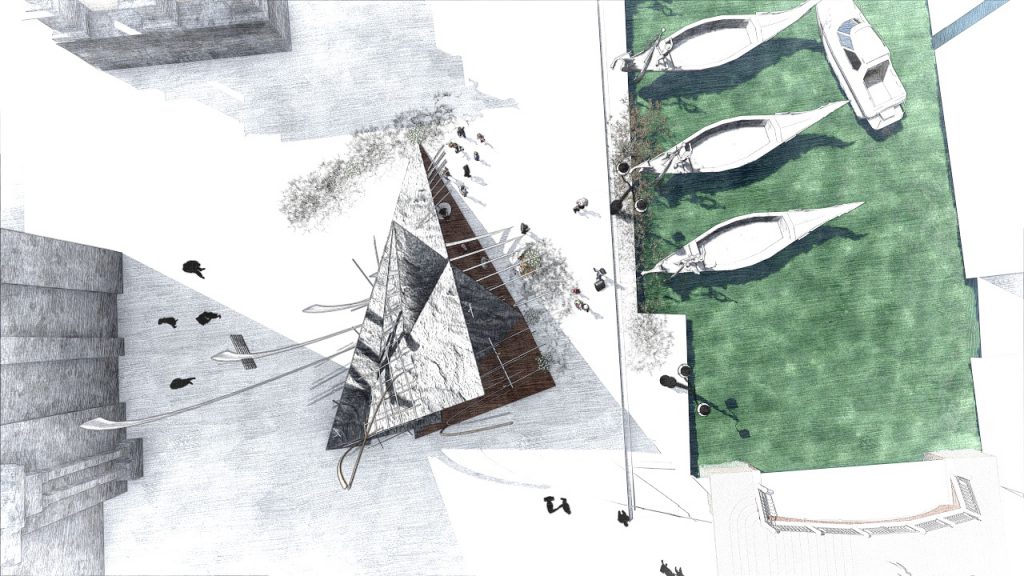 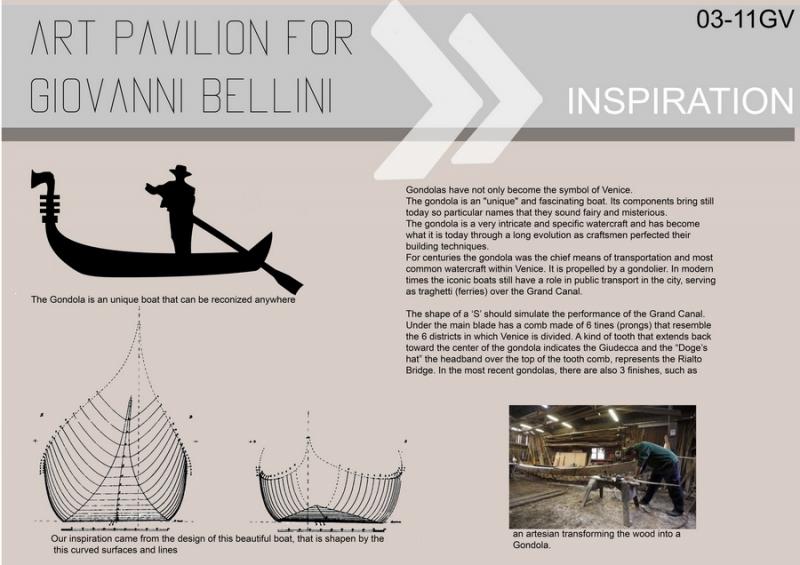 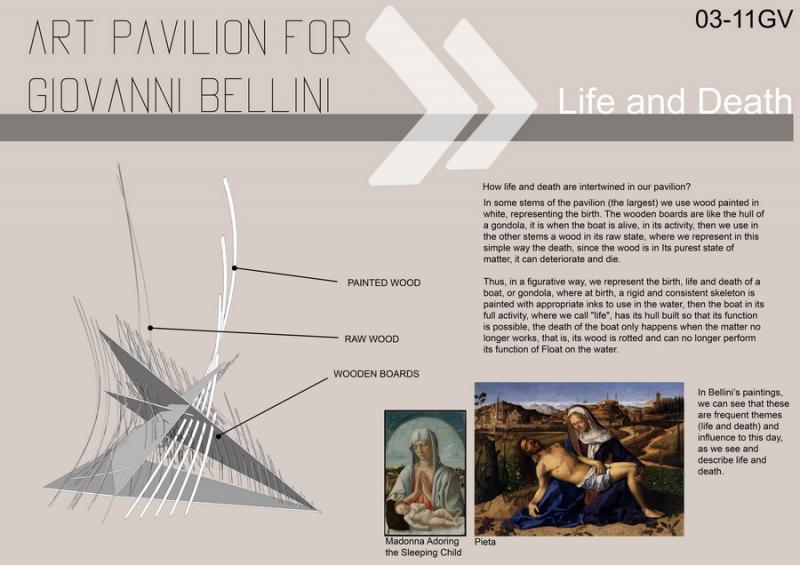 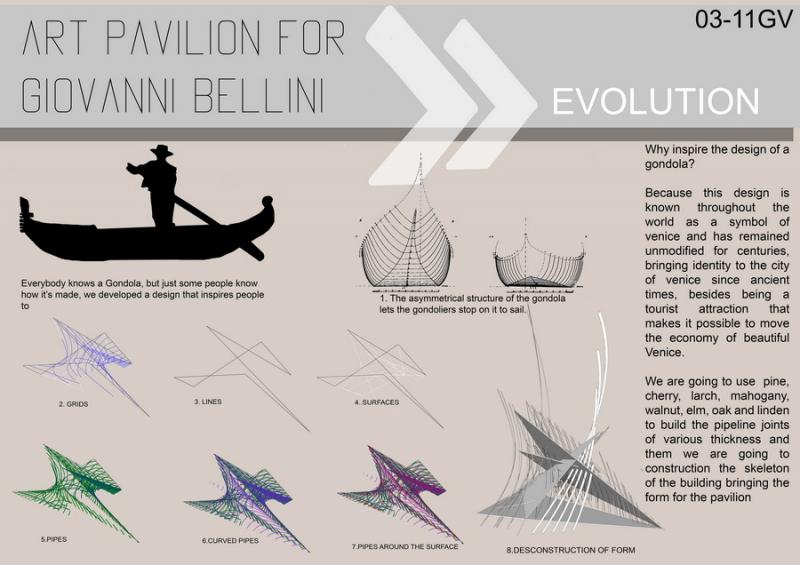 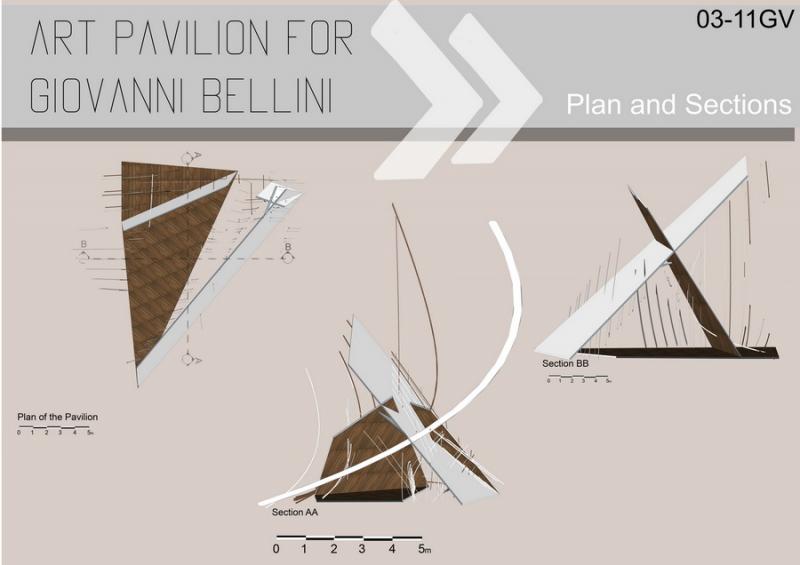 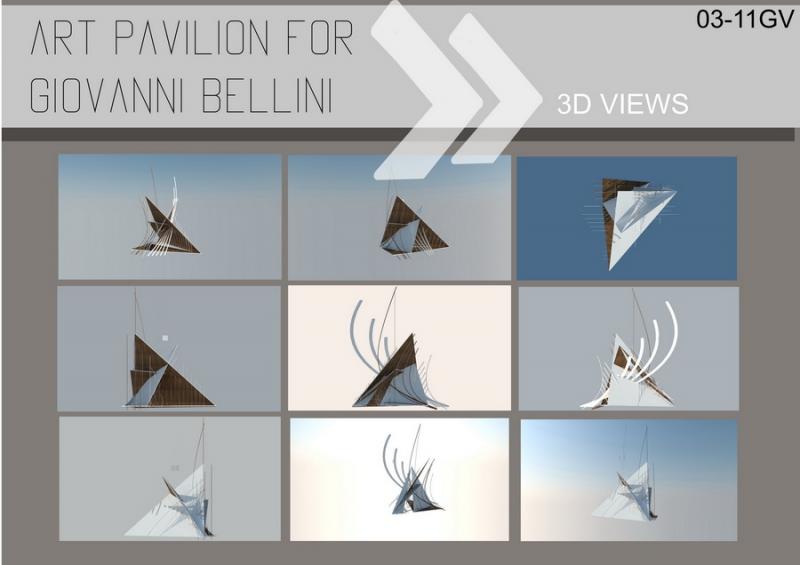 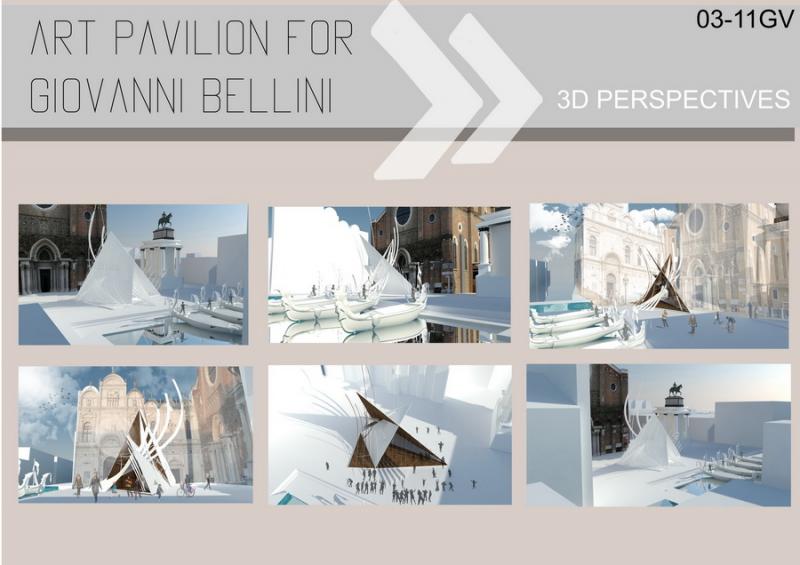 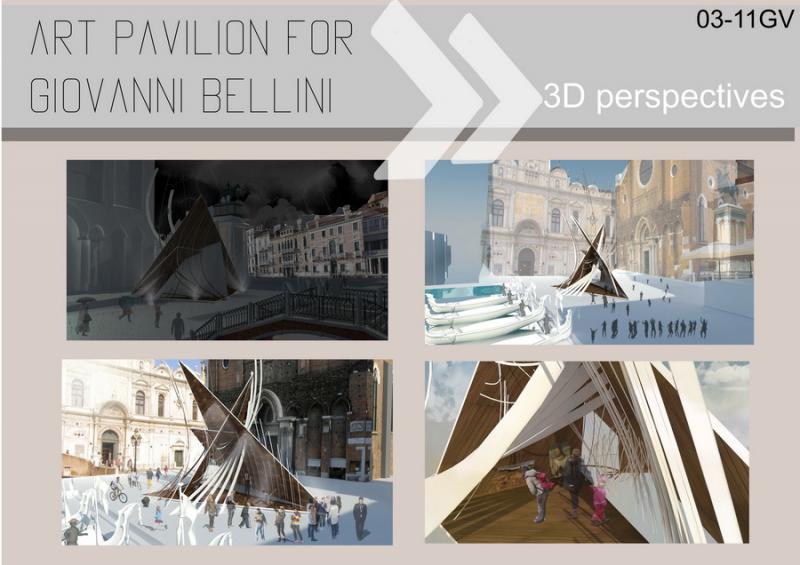 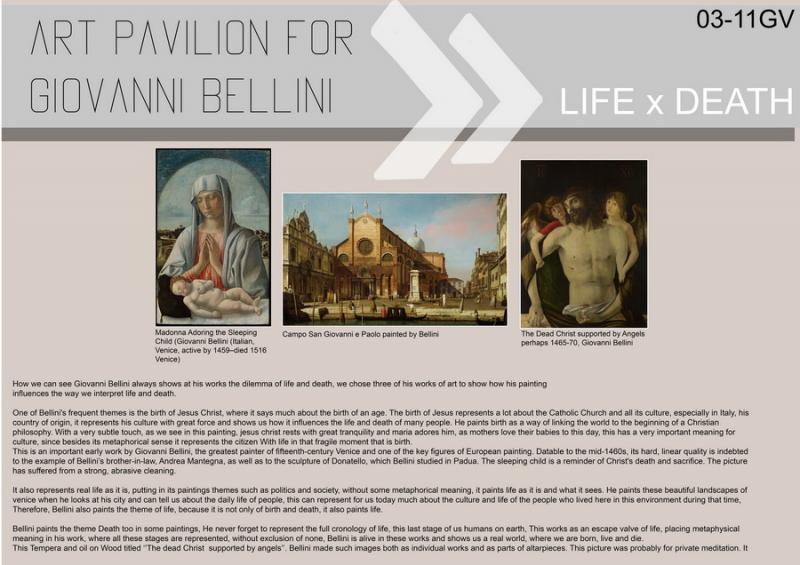 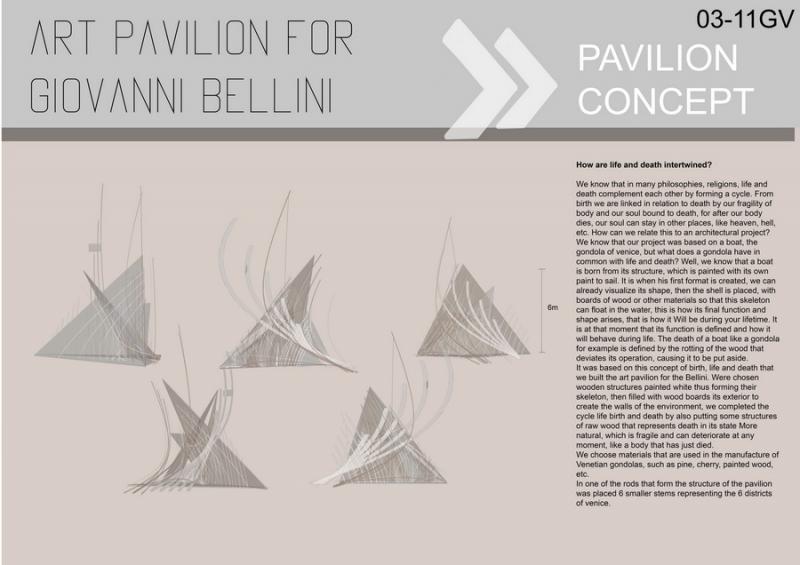