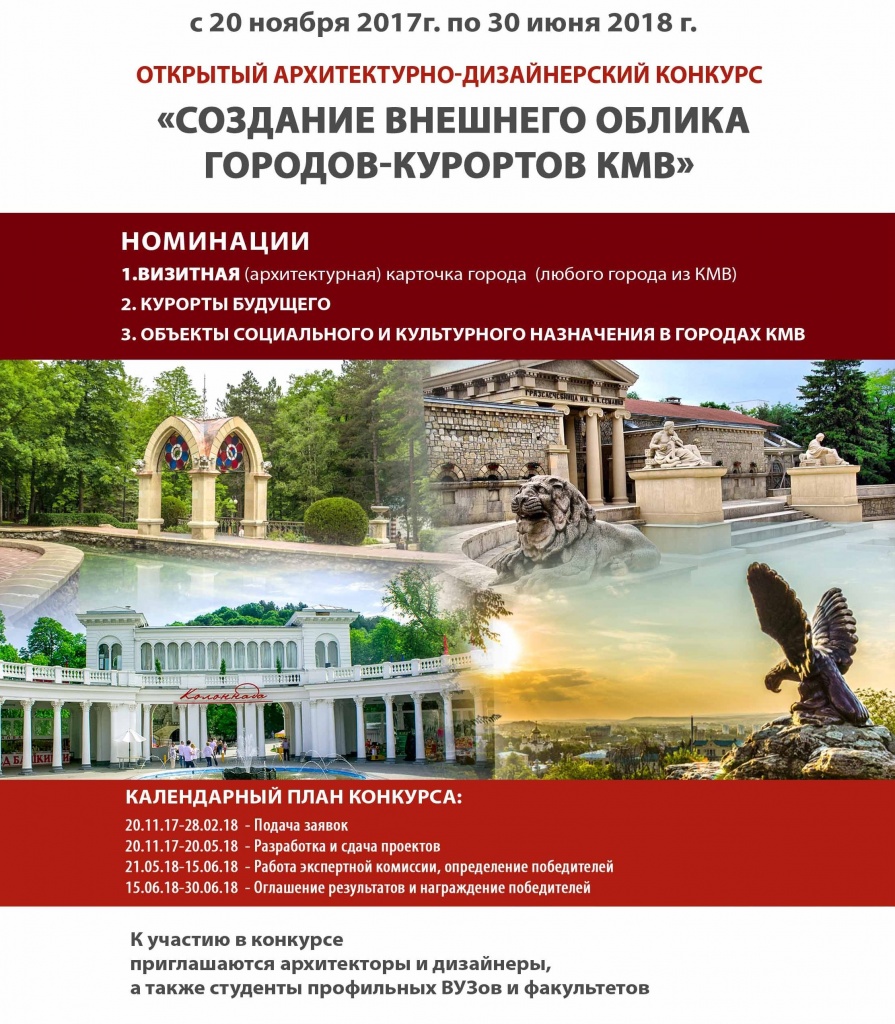 Creation of the external appearance of the Resort Rowns of KMV

The founders of the competition: the Government of the Stavropol Territory in Stavropol, the Consulate General of Italy, the Honorary Consul General of the Republic of Italy in the Southern Federal District and the NCFD Pierpaolo Lodigiani.

The organizing committee of the competition: the Government of the Stavropol Territory in Stavropol, the honorary consul general of the Republic of Italy in the SFD and the NCFD Pierpaolo Lodigiani, the architects of the municipal formations of the CMS, the North-Caucasian branch Rostekhinventarizatsiya-Federal BTI, Ceramic Club LLC.

According to the results of the contest, prizes are awarded for each nomination, with a face value of five hundred thousand rubles each. The total prize fund of the Contest is One million five hundred thousand rubles. The Jury and the Organizers have the right to award special awards for individual achievements and successful decisions. The partners of the Contest have the right to award their prizes and awards.

For consideration, evaluation of competitive projects and determination of the winners of the Competition, a professional jury is formed, which will include leading architects of the Union of Architects of Russia, UK, CMS, representatives of the regional and territorial government of the UK, heads of territorial committees and professionals with extensive experience in design, design and construction.

Luxury Thrift Store & Atelier for the Creation of Unique Pieces

Interactive Paper Packaging Design Based on the Shape of an Origami